For the love of language

Words in the air, on the tongue, are like clouds in the sky. Fluffy, dark, soft, fast or slow and immobile, silent, thundery, shouted , murmured, laughed.  I love words and I love clouds. 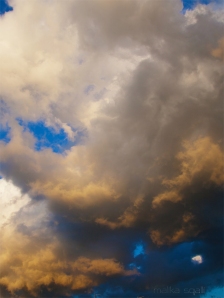 “A special kind of beauty exists which is born in language, of language, and for language.”
― Gaston Bachelard

During the journey through Japan and China there was one challenge I had not come accross yet- the language barrier. I had started learning the basics or Mandarin and Japanese but not long enough to be able to converse. It brought a great deal of frustration and missed opportunities: not being able to express myself ask people question ( I had so many questions to ask! beyond the common daily pragmatics ), have  banter and get to understand the people better not only through shared  insight, but by their language. A certain communion comes with the ineteraction in a native language when visiting a country.

I believe a language reveals a lot more about a culture than meets …the ear.

There is the writing too. There were so many signs I would  have loved to decipher especially when sometimes there are very funny litteral translations in English that gave a hint of the poetic expression it may have come from. And there is of course the ironic contredictions so common in China. I saw a few where there was a translation, and many more when I took a stroll with Thibaud , a frenchman who read and speaks Mandarin fluently and was pointing me some of the very ” communist ” statemenst and slogan  that  negated and contredict the reality of immediate environment they were written  in.

Mandarin I find absolutely thrilling and fascinating: written Chinese is not based on an alphabet or a compact syllabary.For me, this is where the appeal and the fun is! Chinese characters are glyphs whose components may depict objects or represent abstract notions. Occasionally a character consists of only one component; more commonly two or more components are combined to form more complex characters, using vrious different principles. First there are Pictographs, in which the character is a graphical depiction of the object it denotes. Examples: 人 rén “person”, 日 rì “sun”, 木 mù“tree/wood”.

指事 zhǐshì: Indicatives, or ideographs, in which the character represents an abstract notion. Examples: 上 shàng “up”, 下 xià “down”, 三 sān “three”

Compound pictographs and ideographs combine one or more pictographs or ideographs to form new characters. Both component parts contribute to the meaning of the compound character. Semantic-phonetic compounds represent around 90% of all existing characters and consist of two parts: a semantic component or radical which hints at the meaning of the character, and a phonetic component which gives a clue to the pronunciation of the character. And although Mandarin and Japanese have similarities, they are vastly different and equally fascinating. Japan has a fun factor I find and is not as hard as people believe it to be grammatically.Its difficulty lay in the different types of writing,andIdeas are expressed in way that is unrelated to European languages( which is what is so interesting, and holds a clue to understanding Japanese culture and ways of thinking. I love the way it concatenates two words to make a third, or emphasize something, a bit like german does, but not as convoluted.

One of the very entertaining aspects of Japan and China are their litteral translations – Engrish sometimes nbut also other languages like french.

I am now more determined to continue my studies in those two languages !

I speak arabic and french, English and some very basic german. Already 2 very different systems of writing and shaping thoughts. I was therefore very drawn and curious by a totally different system.

2 Responses to For the love of language